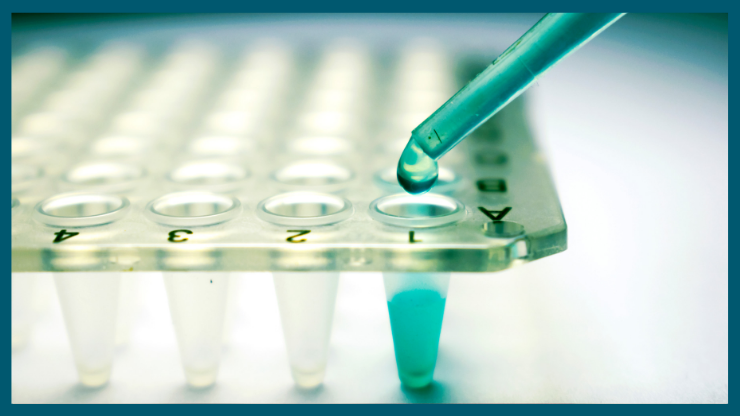 Fibrosis is one of the major physical changes that a person living with scleroderma can experience. Its effects are potentially extremely damaging and widespread in the body, it is critical that biomarkers are defined to predict if certain individuals are at risk of developing fibrosis.

The term fibrosis refers to the connective tissue deposition that may occur either as a repair function of the body or as excess build-up caused by a medical condition. Following injury or infection, the immune system responds by causing inflammation, which then triggers the process of scarring that will ultimately lead to the healing of any damage. If this response is constantly 'on' however, then this scarring may be more harmful for the body rather than healing. This scarring can also become very dangerous if it forms in the internal organs such as the lungs or kidneys.

Biomarkers, short for biological markers, are characteristics that can be measured and evaluated to indicate if normal biological processes, pathogenic processes or pharmacological responses to a therapy are taking place in someone's body. They are an effective way of assessing the health and disease progression of a person; examples of their use include blood pressure or cholesterol level. If there were known biomarkers that could indicate the likelihood of developing fibrosis, that were also safe and easy to measure and cost-efficient to follow up, then this could be incredibly beneficial for the field of scleroderma and other fibrotic conditions.

In most instances however, the testing and analysis of biomarkers is far too expensive for use in day-to-day medicine. A team led by Dr Khatri at Stanford University described the actions needed to combat these challenges as a 'substantial amount of work'. A previous study demonstrated that the analysis of 52 genes in blood samples could effectively predict the outcomes of patients with idiopathic pulmonary fibrosis (IPF), a serious fibrotic condition that is similar to the effects endured by someone having lung involvement with their scleroderma. The alveoli, air sacs inside the lungs, thicken, making breathing much more difficult and leading to chest tightening and shortness of breath.

In the paper 'Increased monocyte count as a cellular biomarker for poor outcomes in fibrotic diseases: a retrospective, multicohort study' published in The Lancet, Dr Khatri and his team evaluated whether or not monocytes could act as prognostic biomarker in those living with IPF. Monocytes are a type of white blood cell which function to fight off bacteria, viruses and fungi. They are formed in the blood marrow and are then released into the blood and tissues. By assessing monocyte counts in the blood samples of a control group and group diagnosed with IPF, they were able to observe that those who had an increased monocyte count at the time of diagnosis were associated with poor outcomes in terms of pulmonary fibrosis. It was also indicated that it was more pressing for those with a high percentage of monocytes to have a lung transplant.

Further investigation will be required to certify whether or not a high percentage of monocytes in the blood is a suitable prognostic biomarker for fibrosis in scleroderma, as this study focused predominately on IPF. The study does address the increasingly important need for a prognostic biomarker to allow predictions of outcomes in fibrotic diseases; thus would enable more considered distribution of scarce resources, including at-risk patient monitoring and lung transplants.

If you would like information on managing scleroderma, please visit: Managing Scleroderma

Information on a new piece of research on Raynaud's can be found here: Can exercise help me?

Advice from Public Health England on COVID-19 to help you understand the implications if you have scleroderma and Raynaud's.