Raynaud's phenomenon occurs when the small blood vessels within the body's extremities, such as the fingers and toes, are over-sensitive. This oversensitivity causes a more extreme reaction in response to certain triggers, such as cold weather. This is known as a Raynaud's attack.

This is the milder and most common form of Raynaud's phenomenon. In primary Raynaud's the condition occurs by itself, and is not associated with any other health issues. It is likely that primary Raynaud's is caused by certain disruptions to the way that the nervous system controls blood vessels, although exactly what causes these disruptions remains unknown. What we do know is that the attacks themselves can be triggered by changes in temperature, emotional changes, stress, hormones or in some cases by using certain vibrating tools.

When we are exposed to the cold, a normal response is for the blood vessels, including those in the fingers and toes, to become narrower, or constrict. When someone has Raynaud's, this constriction of the blood vessels is more extreme, which can be very uncomfortable and may result in the skin changing colour, from white to blue and then to red. This process can be quite painful, especially as blood vessels return to normal and the circulation returns. Raynaud's can also affect the lips, nose, ears and nipples in the same way.

There is evidence that primary Raynaud's may sometimes be an inherited condition, since multiple cases can arise within the same family. Raynaud's is not contagious and cannot be passed on to others. Many people will never know what caused them to develop Raynaud's, although it may sometimes be linked to other underlying health conditions.

Who is likely to develop Raynaud's?

Primary Raynaud's is more common in young women and girls, although both forms of the condition can affect men, women and children of any age. Many people with Raynaud's have never actually seen a doctor about their symptoms. If you or someone you know suffers from cold hands or feet regularly, it is always worth talking to your doctor. There are excellent treatments that can relieve the unpleasant symptoms of Raynaud's attacks. It is also important that any associated conditions that may have caused secondary Raynaud's to develop are ruled out.

Most cases of secondary Raynaud's are linked to autoimmune diseases, meaning that the immune system is overactive, causing it to attack healthy tissues within the body.

Scleroderma is one example of an autoimmune condition that is known to be associated with secondary Raynaud's, however there are a number of other possibilities, including: 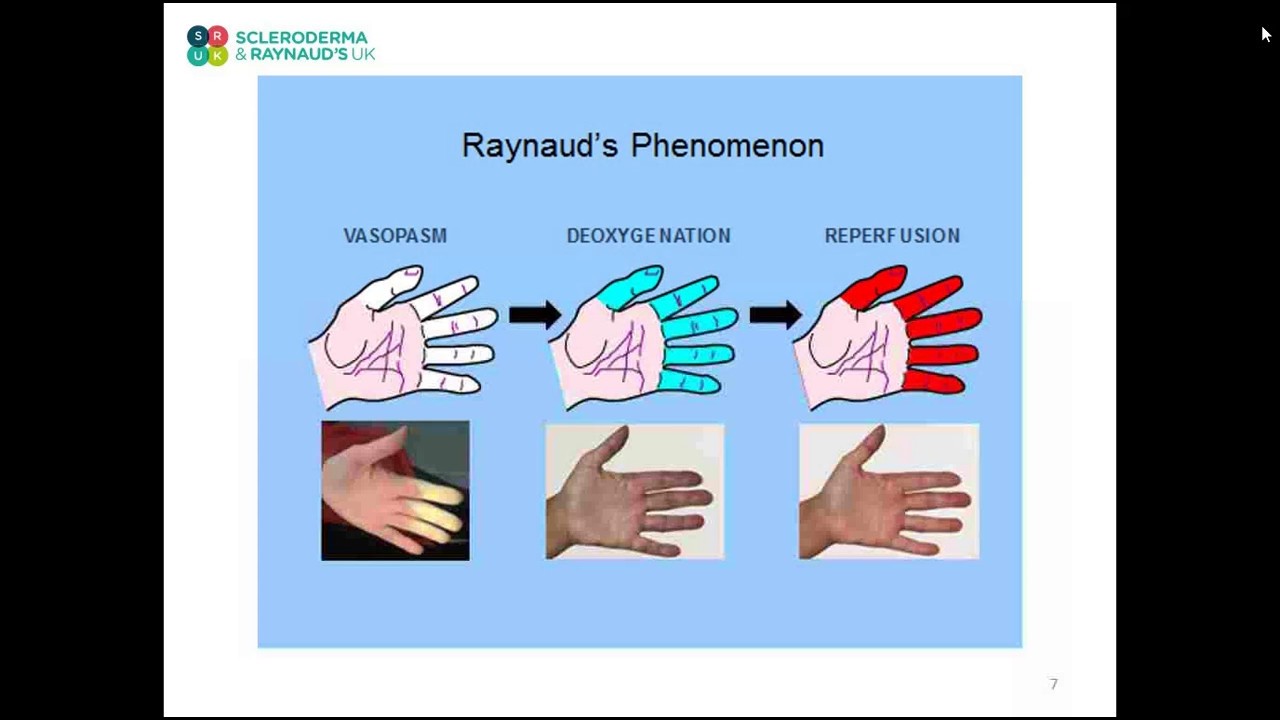