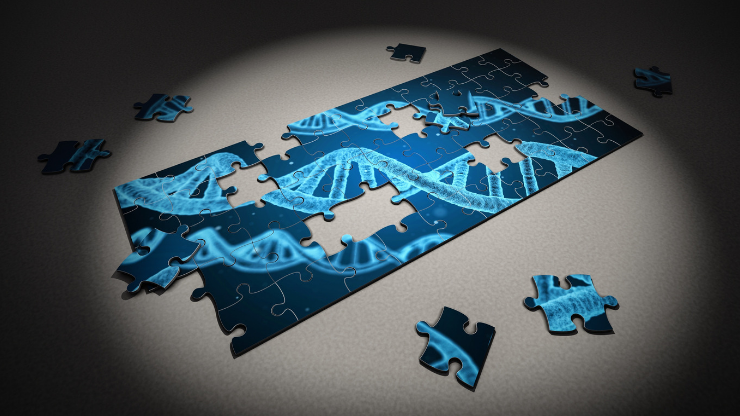 EZH2: what role does this molecule play in the progression of scleroderma?

Systemic sclerosis (SSc) is an incredibly complex condition, that can ultimately result in tissue damage and organ failure. Many scientific investigations concerning SSc focus on uncovering more about the processes that contribute to a person presenting symptoms. This is because if the driving factors behind SSc are defined, treatments can be applied to this area to limit the progression of the condition, either by blocking biological mechanisms or by obstructing involved molecules.

Recent studies such as these have been highly indicative of there being involvement of epigenetic mechanisms in the progression of SSc. Epigenetics refers to the study of heritable changes that can occur without a change in the DNA sequence, meaning that some cells can change the way they normally behave. These alterations have been observed in immune cells, endothelial cells (line the interior surface of blood vessels) and fibroblasts (the basis of connective tissue and make collagen) isolated from individuals living with SSc.

Leading from this, a team based at the Department of Internal Medicine, the University of Michigan, led by Dr Pei-Suen Tsou, examined the influence of a molecule called EZH2. This molecule is involved in three processes: T-cell differentiation (involved in the immune system), endothelial cell-mediated (EC-mediated) angiogenesis (formation of new blood vessels) and tissue fibrosis. These also happen to be the three primary aspects of SSc pathogenesis. As SSc can present itself in such a range of physical forms, where no two people will have the same symptoms, it is thought that the underlying cause is multifactorial, as various cell types and pathways are involved.

EZH2 is involved in the regulation of endothelial cell function, particularly within cell adhesion. It has been shown to have a key part in regulating epigenetics, as well as in fibrosis and abnormal angiogenesis in SSc. This study focused on the mechanisms by which EZH2 is involved in SSc angiogenesis and fibrosis, by making use of skin cells and fibroblasts taken from those living with SSc and healthy controls. This was possible by first understanding the levels at which EZH2 is present in both cell types in both groups, and then establishing its functional role.

Dr Tsou and his team were able to identify genes that EZH2 interacts with to enforce profibrotic and antiangiogenic effects in SSc. It was demonstrated that there are higher levels of EZH2 in people living with pulmonary fibrosis or chronic kidney disease, which are commonly associated with SSc. They also blocked the activity of EZH2 by applying a currently existing inhibitor, DZNep, and found that this increased angiogenesis in muscles which were suffering from vasoconstriction in mice, which thus improved blood flow, as well as a limiting effect on fibrosis by decreasing the expression of genes which are involved in this.

In conclusion, this investigation displayed evidence for the significant epigenetic role EZH2 may have in promoting fibrosis and inhibiting angiogenesis, contributing to the extent of SSc. The findings also suggest a role for repurposing currently existing inhibitors, such as DZNep, that are presently being trialed in cancer, as a therapeutic approach to SSc. There will have to be several more rounds of surveillance before the likelihood of inhibitors of EZH2 being introduced into clinical practice for treating SSc will be fully understood, but studies such as these represent an exciting new line of research that incorporates two of the four core themes that SRUK is focussing on: causes and precision medicine. To read the full article, please visit: https://www.pnas.org/content/116/9/3695.

If you would like more information on scleroderma, please visit: What is Scleroderma