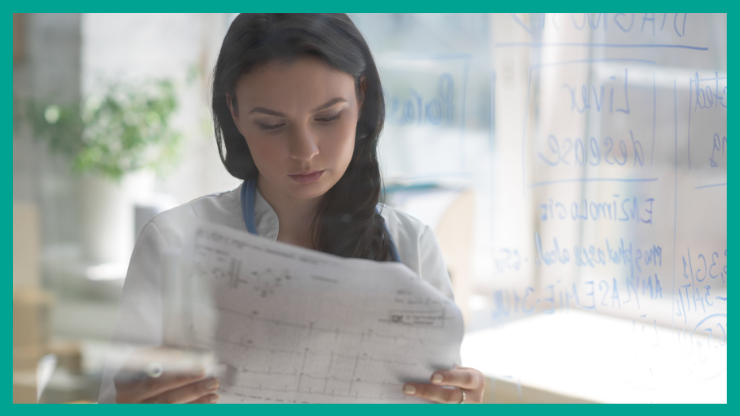 Do we need a new way to assess Raynaud’s Phenomenon in clinical trials?

As a way of understanding the efficacy of treatment in clinical trials, patients taking part are often given structured diaries as a way of capturing their own observations. This can include observations on frequency, duration and severity of Raynaud's attacks which is a significant symptom of systemic sclerosis for over 90% of people living with the condition. Measurements like this are called Patient-Reported Outcome (PRO) measures, as they rely heavily on the patient's reporting.

Common PRO measures used are the Raynaud's Condition Score (RCS) diary which allows patients to record the frequency of Raynaud's attacks, and the Visual Analogue Scale (VAS) in the Scleroderma Health Assessment Questionnaire (SHAQ), which tries to capture visual data such as colour changes. As Raynaud's phenomenon can be described as being episodic with subjective symptoms, there has been increased reliance on the data collated from such measures for research.

These tests were developed in the 1990s, and with the advent of improved technology, questions are currently being asked on whether these PRO measures are still 'fit for purpose' in their current incarnations.

These tools were developed chiefly to aid clinical trials and to enable the evaluation of treatments for SSc-RP. Despite this, recent research conducted in Europe and Canada examined the frequency and choice of vasoactive medications in SSc-RP but did not include the analysis of the efficiency of different interventions applied, because the data was not available. The implication of this is that PRO instruments are not used very frequently, perhaps because clinicians do not see the benefit, the challenges in interpretation, and/or respondent burden.

To question this further, members of the Scleroderma Clinical Trials Consortium Vascular Working Group (SCTC-VWG) were invited to participate in a survey to gauge attitudes towards the RCS diary and to understand if there is a need for novel PRO instruments for assessing SSc-RP. The SCTC-VWG is an international group of SSc experts, with a focus on the assessment and management of various manifestations of SSc. The aim of this survey was also to better understand the utilisation of current PRO instruments, and consider the potential factors influencing outcomes.

There was broad consensus that many of the RCS diary entries could be influenced by multiple factors, such as seasonal variation in weather, efforts made by patients to avoid or ameliorate attacks of RP, growing used to RP symptoms, coping strategies and placebo effect. It is thus debatable whether or not the RCS diary is able to capture the intended framework of data. This is turn means that the limitations of the RCS diary may be a barrier to drug development (agreed by 79% of respondents) and that a novel PRO instrument for assessing SSc-RP should be developed, that combines input from both clinicians and patients (84%).

The existing PRO instruments for SSc-RP were primarily developed for clinical trials and this survey suggests that they have not been adopted into routine clinical practice to guide treatment decisions for SSc-RP. In other diseases, such as rheumatoid arthritis, the incorporation of similar measures developed for clinical trials into routine clinical practice has improved outcomes for those living with the condition. A similar approach to routinely capturing information on SSc-RP is therefore desirable and may enforce the collection of 'practice-based evidence' to support future guideline development.

To conclude, it is evident that there is support within the SSc community for the development of a novel PRO instrument for assessing SSc-RP. The survey did not reveal the reasons for why there is limited use of existing PRO measures, and this could form the basis of future research in this field. Stronger implementation of PROs into regular clinical use could facilitate the emergence of valuable real-life evidence for the management of SSc-RP.

If you are interested in helping SRUK to fund more work like this, then please visit our donations page here: https://www.sruk.co.uk/donate/. We rely on the generosity of our community to continue to support groundbreaking research in both scleroderma and Raynaud's.

If you would like information on getting diagnosed with scleroderma, please visit: https://www.sruk.co.uk/scleroderma/scleroderma-getting-diagnosed/

Information on another piece of new research can be found here: https://www.sruk.co.uk/about-us/news/impact-raynauds-phenomenon-mental-health/