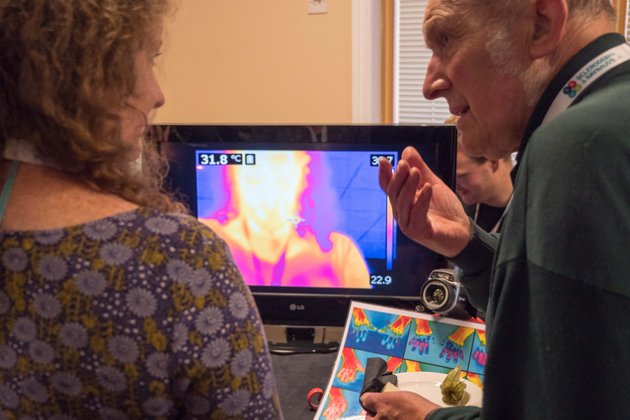 Systemic sclerosis (SSc) patients often have Raynaud's phenomenon as a complication, which can cause digital skin ulcers. Treatments like immunosuppressants, vasodilators or anticoagulants are often ineffective for digital ulcers and are associated with high costs and significant side effects.

Low-energy, extracorporeal shock-wave therapy (ESWT) is effective at stimulating growth factors and the formation of new blood vessels, and healing these skin wounds, so a group of researchers in Japan conducted a study to test the effectiveness of this therapy.

"Digital ulcers are a severe complication of SSc caused by microvascular impairment and persistent vasospasm associated with Raynaud's phenomenon. Several studies have shown that approximately 50 percent of SSc patients experience digital ulcers. Ten percent require continuous therapy, and one percent exhibit severe symptoms such as gangrene," said Tomonori Ishii, MD, a researcher at Tohoku University Hospital in Sendai, Japan and a lead author of this study. "In some cases, digital ulcers cause severe scarring and lead to amputation. Although most of the small ulcers are localised to the fingertips, some large ulcers spread throughout the finger and lead to necrosis or progressive digital shortening. Even a small fingertip ulcer causes severe pain and restricts activities of daily living."

Results of the study showed a significant decrease in the number of ulcers in the ESWT group compared with the conventional treatment group (a mean of 4.47 versus 0.83, respectively) after eight weeks. In addition, 70 percent of the patients in the ESWT group experienced a decrease in the total number of their digital ulcers after eight weeks, compared to 26.7 percent of the patients in the conventional treatment group.

During the follow-up period, an average of 1.57 new ulcers formed in patients from the conventional treatment group, compared with 0.23 new ulcers for those treated with ESWT. The patients in the ESWT group reported no serious adverse events in association with the therapy during the eight-week study.

The researchers concluded treatment with ESWT is minimally invasive, well tolerated, does not require anesthesia and can result in clinically meaningful improvement for SSc patients with refractory digital ulcers.

"Low-energy ESWT may be a new approach to managing digital ulcers associated with SSc. ESWT has a strong and rapid effect for ulcer healing. It also has potential and unexpected benefits. First, ESWT may be effective in treating the pathology. It aims to stimulate neo-vascularization and is not intended to dilate damaged vessels," said Dr. Ishii.

"It is a non-pharmacological treatment that may avoid the adverse effects that are inevitable with medication. It can be used in patients with severe disease, including renal, cardiac, and respiratory failure, as well as gastrointestinal tract disturbances. Moreover, its safety may enable treatment repetition with efficacy. In addition to treating ulcers, ESWT may help eliminate pain, which is the most severe and persistent complaint of these patients."

What is Extracorporeal Shockwave Therapy (EST)