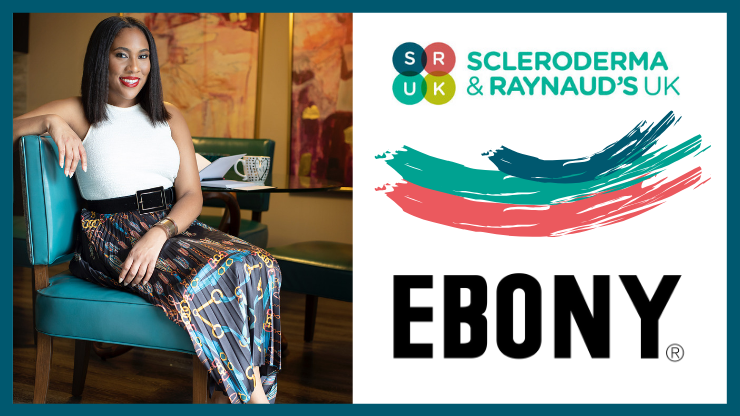 Scleroderma and my grandmother… the hidden condition

At Scleroderma & Raynaud's UK, we want to ensure that everyone who is living with these conditions receives the full support and access to healthcare that they deserve. In order for us to do this, we are working to fully understand just how many people in the UK live with the conditions, as well as their ethnic background.

A lot of us know that scleroderma affects 5 times more women than it does men. What many people may not realise is that there is significant evidence from the United States to suggest that the condition may affect African Americans and Native Americans more severely.

We care about reaching every member of our community and want to raise awareness that the impact on people and families is the same regardless of ethnicity. We thought you would be interested in this article written by Dontaira Terrell, a Florida University graduate and journalist. She wrote in Ebony magazine, a US based publication, about her paternal grandmother's experience with scleroderma.

“More than five years have passed since the death of my paternal grandmother. She was charismatic, comedic and warm-loving. Grandma was a force to be reckoned with. She would take in neighborhood children as her own and, as the family matriarch, she kept us all together, and could whip up a meal that'll leave you begging for more! Regardless, of what time of day you visited, she was always in good spirits and always had a hot plate to send you home with. Grandma had an insatiable appetite for life, never missed a family event or Sunday morning church service. But that's not all! She also had the snap back and quick wit of a 20 something year old. Get 'slick at the mouth' and she would quickly put you back in place before you thought about taking your next breath. As you can see, in my eyes she was more than just my grandmother—she was a role model.

“Imagine my disbelief and shock when I received the phone call, 'It doesn't look good. The doctors called 'code blue' on Grandma.'

“She was healthy, she was happy, she was vivacious at all times but in reality no one knew how badly she was ill. Grandma suffered in silence for years, and eventually passed away from a rare disease known as scleroderma. Also known as systematic sclerosis, scleroderma is an ongoing, progressive, autoimmune disease which attacks the connective tissues of the body. The meaning behind scleroderma is “hardening" of the skin and the effects and severity of the disease vary from each person. Additionally, auto immune diseases cause the immune system to counteract, subsequently producing more collagen than necessary.

“Scleroderma has not gained widespread attention as other diseases affecting women. I'd wager that most of you reading this haven't heard of this incurable, lifetime illness. Although rare, it is more common in women than men at a ratio of 4:1. Studies have found scleroderma to be more prevalent among African Americans than any other race. This disease is often misdiagnosed or overlooked because it has similar traits to the more common, and treatable, rheumatoid arthritis.

“Unfortunately, there are many unanswered questions regarding scleroderma, including its cause. Many suggest, although not hereditary, there is a chromosome factor relating to family members which may expose them to a higher risk of developing other autoimmune system diseases such as rheumatoid arthritis, lupus or thyroid disease. This typically occurs at a greater level for those of African American and Native American descent.

“Additionally, although any age group can develop scleroderma, the onset of the disease begins on a more frequent basis between the ages of 25-55. Studies show it is more apparent in African American women beginning at an earlier stage. Although there are no known cures, individualized treatment options are available to manage and offset symptoms. As with most diseases, early detection is always best.

“Unfortunately, many African American women, like my grandmother, have an increasingly higher risk of developing scleroderma in the more life threatening state. Although she may have experienced the previously mentioned symptoms on a daily basis for years, the disease took its toll by slowly but surely shutting down various organs, eventually leading to her death.

“I have made it my crusade to let as many people as possible know about this scleroderma, as a way to honor my own lost loved one. If even one person is able to benefit from my story by catching this disease at an early stage, my Grandma's suffering was not in vain."

Dontaira Terrell is a Florida A&M University graduate, Ohio native and lifestyle journalist. Her work has appeared in dozens of national media outlets including the HuffPost, BET, VH1, Shondaland, and ESPN's The Undefeated. You can follow @dontairaterrell on Twitter and Instagram, or visit dontairaterrell.com