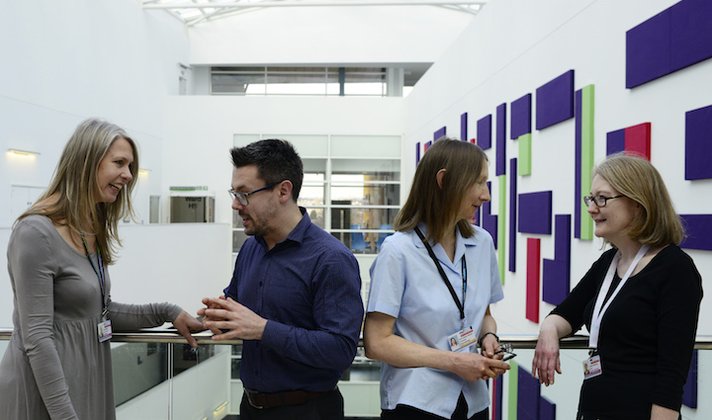 Funding vital research into Scleroderma and Raynaud's is one of the key aims of SRUK. We believe that the research we fund has to work for the people who actually live with the condition day in and day out.

That is why in the spring of 2017 we asked you what your top research priorities would be. You came back to us with a clear mandate on the areas you wanted us to drive research in, including finding a cure and better treatments.

One of those areas you were keen to see SRUK invest more funding into was on working towards earlier detection and diagnosis of Scleroderma and Raynaud's. Biomarker research and development of diagnostic tools are currently an area of significant investment across the medical charity sector, and with good reason. If a condition like scleroderma, can be detected earlier through a blood test or a non-invasive diagnostic tool then it can be treated earlier, perhaps even prevented.

But with scleroderma the situation is more complex, as each scleroderma patient experiences their condition differently. This makes the effort to identify biomarkers more difficult. Biomarkers are classed as a group of biological molecules, such as proteins, that can be linked to specific pathogenic processes or diseases. Scleroderma can often present as a range of conditions, with multiple organ involvement, so each person with the condition could be potentially expressing a range of biomarkers thus making early detection all the more difficult.

A recent study by researchers based at the University of Silesia in Poland has identified two proteins that may be able to predict which organs will be involved in diffuse systemic sclerosis. C-reactive protein (CRP) and serum amyloid A (SAA) are two proteins that are normally produced during the acute phase of inflammation in the immune response. However, these proteins have also been linked to autoimmune conditions, including diffuse systemic sclerosis.

The researchers found that CRP and SAA levels were significantly increased in the patients with diffuse systemic sclerosis, with similar levels seen across the entire group of patients. This is regardless of the length of time that had passed since a patient's diagnosis.

This is an intriguing result, suggesting that detection of CRP and SAA levels in the blood could potentially indicate lung involvement in diffuse systemic sclerosis before these additional symptoms develop.

As the researchers noted, further research needs to be conducted to fully draw out the link between these proteins and interstitial lung disease in systemic sclerosis. However, it is research like this that has the potential to allow us to detect not just early onset Scleroderma and Raynaud's but also how the conditions may develop.

This could then allow for targeted treatment, also known as precision medicine, which in turn could have a vast improvement on the day-to-day life of a person with these conditions.

We can take this one step further, and say that if we can predict how scleroderma may progress then we may even be able to completely prevent it from disrupting lives.

Find out all the ways you can donate

Leave a gift in your Will

Find out how your legacy gift could help

Ways to Raise Money: How to Fundraise for Charity

All the fun ways to get involved in fundraising for SRUK.