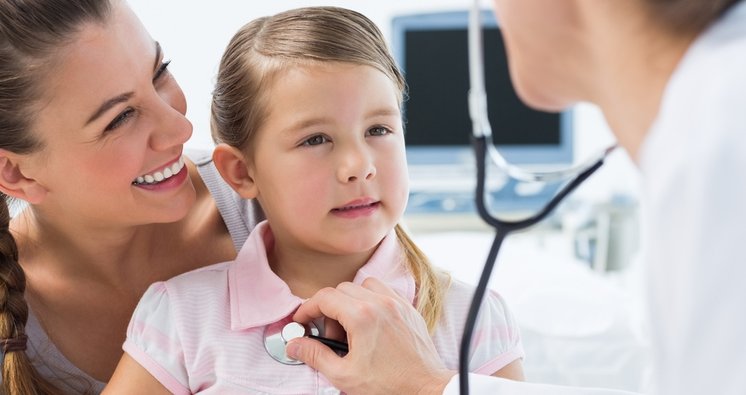 Childhood Scleroderma: Staying One Step Ahead of a Rare Disease

The range of outcomes varies greatly for children impacted by juvenile or paediatric scleroderma. In the best case scenario, patients with localised disease may experience mild fibrosis of the skin, often on the extremities, that can resolve by adulthood. Children with systemic scleroderma usually face more severe complications, such as the disease impacting vital organs, including the heart and lungs.

“Scleroderma describes a group of rare conditions which are characterised by fibrosis of the skin and soft tissues. The majority of children are affected by localised, rather than systemic scleroderma,” she said.

Due to the rarity of the disease, many children, particularly those with localised disease, are either undiagnosed or misdiagnosed, according to Pain.

“This affects outcomes as children therefore experience a delay in starting effective treatment,” she said. “They can accrue more damage.”

“My research has demonstrated that all paediatric patients fulfill the new adult criteria for systemic sclerosis,” he said.

Healio Rheumatology spoke with experts to describe juvenile scleroderma in its entirety, from epidemiology to advances in therapy.

Kathryn S. Torok, MD, assistant professor of rheumatology at Children's Hospital of Pittsburgh of the University of Pittsburgh Medical Center, wrote an overview on juvenile scleroderma in Pediatric Clinics of North America. Consensus opinion is that many experts are uncertain about the causes of paediatric scleroderma. There is some speculation that it involves cells lining small blood vessels. However, it may also be an immune disorder, possibly triggered by elevated collagen levels.

In Clinical Pediatrics, Hedrich and colleagues wrote that among all presentations of juvenile scleroderma, localised scleroderma is the most common type of the disease, followed by systemic disease and eosinophilic fasciitis. In the post-transplant setting, chronic graft vs. host disease scleroderma-like skin involvement has been reported. The systemic manifestations of these diseases can impact the lungs, gastrointestinal tract, heart and kidneys. The authors added disabilities can result, as can other complications that can lead to death.

As outlined by Torok, five subtypes of localised scleroderma, also named morphea, are recognised: circumscribed; generalised; linear; pansclerotic; and mixed. Circumscribed morphea is characterised by oval or round circumscribed areas of induration surrounded by a violaceous halo. It is confined to the dermis with only occasional involvement of the superficial panniculus. Sometimes, as in deep morphea, the entire skin feels thickened, taut and bound down. When individual plaques are four or more and become confluent, it is the so-called generalised morphea.

Linear scleroderma, the most common subtype in children and adolescents, is characterised by one or more linear streaks that can extend through the dermis, subcutaneous tissue and muscle to the underlying bone, and cause significant deformities. The upper or lower extremities can be affected but also the face or scalp can be impacted, as in the en coup de sabre variety, so called because the lesion looks like the depression caused by a dueling stroke from a sword. This form can be complicated by central nervous system abnormalities, such as calcifications, vasculitis or simply MRI unspecific abnormalities, dental and even ocular abnormalities. Parry Romberg syndrome, a variety of linear scleroderma of the face, is a type of scleroderma that causes atrophy (loss of substance) to one half of the face.

Search for a scleroderma specialist in your area

Helping young people to live with the condition