William Bloodworth, Age 9, from Sheffield doesn't let his Raynaud's get in the way of his love of sports. 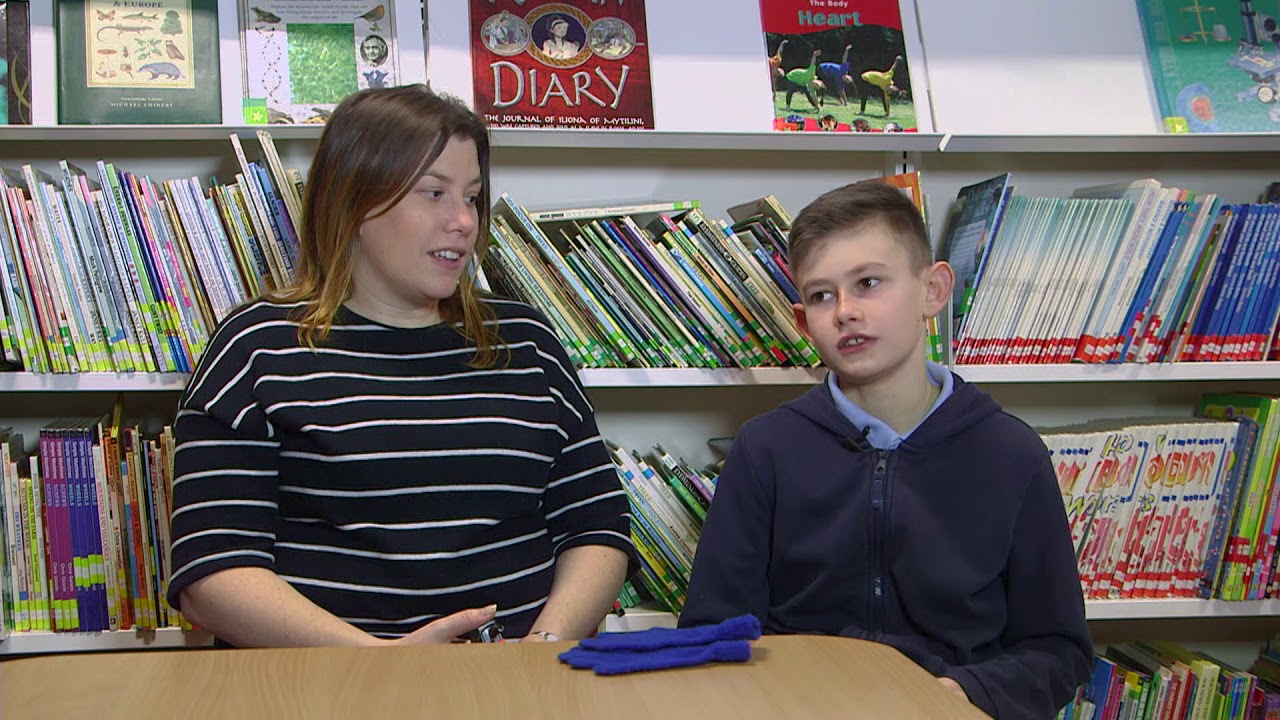 William's Mum Cheryl, describes the challenges her son has faced when he was diagnosed with Raynaud's age 7.

"William helped me one morning at the start of 2014, he was 6 at the time, to scrape the ice from the car and on the way to school his hands started to go red and swell up. I always take photos of things like this just in case we ever need to show a doctor or someone. he warmed them up in class and he was fine. This happened a few times in the mornings and I took him to the doctors who referred us to Sheffield children's hospital.

Our first appointment went well, we were prepared and went on the bus because parking is a complete nightmare but William didn't mind as it meant he was out of school for longer!!

William was given a thorough check-up by the consultant and bloods were taken at his first appointment - much to Williams dismay! I was asked to email our photos to the consultant too so that they could have a copy. He was diagnosed with Raynaud's and we have been under their care since.

We have seen the Raynaud's charity SRUK, at the hospital twice now and they have been amazing, they gave William some wrist warmers which William loved wearing until he lost one at school one day. We sent the last one to William's great grandma and asked her if she could make another one and a few weeks later we had 3 new sets, she is 94 and we haven't really explained to her why William has them, besides they keep his hands warm which then led her to making more for her friends grand children, we don't go anywhere without a pair.

SRUK, the Raynaud's charity have given us a lot of information about Williams condition which has really helped us to understand and try and help William with his day to day keeping warm.

The hospital have given us information sheets for Williams teachers so that they are aware of his condition and what they need to do for him. We don't want him to appear different to the other children but equally William's health is our priority.

Williams hands have never been as bad as they were back in 2014 but still get very cold at random times, for example, on a day in Castleton in July his hands were freezing and he says that they "feel funny". William doesn't always notice when his hands are freezing so it's always a good excuse to get to hold his hands whilst we are out and about!

We have a re-chargable handwarmer that normally stay in the car just in-case we need to warm him up.

At school William knows what he has to do if his hands "feel funny" he normally puts them on the radiator, he says he can't put them under the hot water as it makes them tingle. Teachers are aware of William's condition and how to help him, the onus is on William to let them know if he has a problem, although he constantly gets reminded at playtime about keeping warm, by one of the teaching assistants when playing outside.

Last summer we noticed that Williams toes were starting to peel and get itchy, I went to the chemist and got Athletes' foot spray but this didn't help so we went to the doctors and they gave him some cream. We presumed that he had Athletes' foot but after a bit more advice from the charity, I now think that it may have been chilblains instead. We have a factsheet on that so know how to try to keep it at bay.

William is a very active 9 year-old who loves being outside. He does athletics, swimming, plays football, plays golf but his main sport at the moment is cricket, he is currently training with South Yorkshire schools cricket club as well as his normal club Harthill and has just played his first match for the under 10's.

We are determined as a family that Raynaud's won't stop William doing what he loves and we just need to find ways to manage and prevent issues before they become a problem."

Get the facts on Raynaud’s and symptoms
Find out more

Sign-up to receive your monthly Raynaud's and Scleroderma E-News direct to your inbox.
Find out more