The BSR/BHPR Guideline for Scleroderma - what does it mean for patients?

Over the past 2 years an intensive amount of work has been undertaken to develop the first national UK guideline for treatment of scleroderma. This has been a group effort performed on behalf of the BSR (British Society of Rheumatology) and BHPR (British Health Professionals in Rheumatology) to develop an expert driven evidence based series of recommendations for the management of scleroderma.

Over the past 2 years an intensive amount of work has been undertaken to develop the first national UK guideline for treatment of scleroderma. This has been a group effort performed on behalf of the BSR (British Society of Rheumatology) and BHPR (British Health Professionals in Rheumatology) to develop an expert driven evidence based series of recommendations for the management of scleroderma. It focuses on systemic sclerosis and has been a concerted effort from a dedicated group of experts, patients and healthcare professionals. The work is now completed and the full guideline has been published on the BSR website [1] and an executive summary published in the international journal Rheumatology. Both of these documents are freely available.

These guidelines are important because they summarised the current best practice for treating the major complications of systemic sclerosis and also address the overall approach to disease management in the UK. They have been developed under the auspices of the SAGWG (Standards, Audit and Guidelines Working Group) of BSR that has developed a process that is accredited by NHS evidence. This is important since it means that the guideline is NICE accredited and should therefore be taken very seriously within the NHS as defining the standard of care for patients and access to therapies. Embedded within the guideline are important NHS England policies for the management of digital ulcers and the pathway developed for assessment and delivery of autologous stem cell transplantation for appropriate cases of diffuse systemic sclerosis.

The guideline process involved establishing a development group that included rheumatologist, scleroderma experts, pharmacists, allied healthcare professionals, specialist nurses, primary care representatives and patients. In this way all aspects of the disease and management could be included. A comprehensive literature review of all the evidence supporting treatments for scleroderma was an important starting point and a group of dedicated clinical fellows undertook this work. There was a series of telephone and face to face meetings over 2 years that led to the development of the draft guideline This was then reviewed by BSR SAGWG and by external; referees. Comments were incorporated and the revised guideline was then finalised and submitted for open consultation so that anyone could comment and have input. After this process the final guideline was written, this was submitted for approval of BSR and then for publication in Rheumatology [2].

This is not the end of the process since the guideline are reviewed and updated every 5 years according to NHS Evidence protocols. This is a landmark for UK scleroderma patients and an important one at a time of major NHS change and also challenged and competition for resources for rare diseases. It complements the other recommendations being updated such as this of EULAR (European League Against Rheumatism) and the UKSSG (UK Scleroderma Study Group) best practice consensus documents [3].

BSR and BHPR guideline for the treatment of systemic sclerosis

SSc is a complex, multi-organ disease that requires a comprehensive multidisciplinary guideline. This is a short summary of the guideline.

Patients are classified as having SSc based on current classification criteria (ACR/EULAR 2013 [1]). Other scleroderma spectrum diseases are not included in this document. 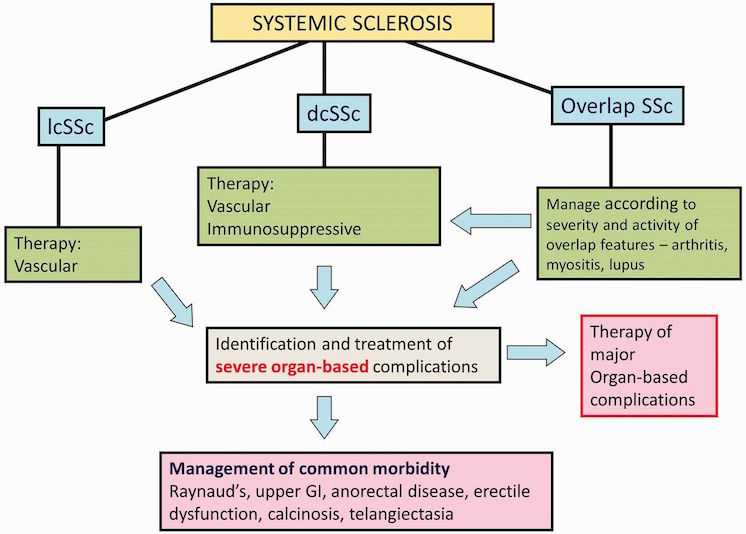 Figure 1 summarises a general approach to management of SSc.

Overview of management of SSc

The principles of current management of SSc are summarised. Once a confirmed diagnosis is established, all patients can be designated as either lcSSc or dcSSc subset based upon the extent of skin thickening. Proximal skin involvement, involving skin of trunk or proximal limbs, is designated diffuse. Cases with overlap disease should be identified so that overlap features may be treated concurrently with SSc. All patients require symptomatic treatment, and both limited and diffuse cases should be treated for vascular manifestations. Active, early dcSSc requires immunosuppressive treatment. In all cases of SSc, vigilant follow-up to determine significant organ-based complications is mandatory. dcSSc: diffuse cutaneous SSc; lcSSc: limited cutaneous SSc; GI: gastrointestinal.

Management of early diffuse cutaneous SSc (dcSSc) should occur within the framework of a multidisciplinary team.

Recommendations in management of early SSc

Part B: key therapies and treatment of organ-based disease

RP is almost universal and can be treated by vasodilators, but benefit must be balanced against side-effects. Around half of patients with SSc report a history of digital ulceration that reflects more structural vasculopathy. Severe digital ulcers (DUs) are those causing or threatening tissue destruction or when three or more occur in 1 year. These should be considered for advanced therapy, such as sildenafil, iloprost or bosentan [2].

Recommendations for RP in SSc

Recommendations for DUs in SSc

Up to 80% of SSc patients will develop interstitial lung disease, but this may be mild and stable. Immunosuppression should be considered when extensive or progressive disease is confirmed.

Recommendations for lung fibrosis in SSc

Recommendations for PAH in SSc

Recommendations for GI manifestations in SSc

The following therapeutic approaches and drugs are considered by experts to be of value in treatment of GI tract complications of SSc.

Recommendations for treatment of SRC

Recommendations for treatment of cardiac manifestations of SSc

Although the published evidence base is limited, experts have recommended the following treatment approach for cardiac complications of SSc.

Treatment of skin thickening, assessed by modified Rodnan skin score, is central to management of dcSSc treatment, and pruritus is common and troublesome in early stage disease.

Recommendations for skin manifestations in SSc

There is a very limited evidence base (mainly case reports and small series) to guide clinicians on the management of calcinosis in patients with SSc.

Recommendations for treatment of calcinosis in SSc

Recommendations for musculoskeletal manifestations in SSc

ASCT as a treatment for poor prognosis early dcSSc

Recommendation for ASCT in SSc

Although the evidence base is limited, non-drug interventions may have merit and are well tolerated.

Recommendation for non-drug interventions in SSc

SSc should be diagnosed promptly, investigated appropriately and managed within an integrated system of primary, secondary and tertiary level care.

Funding: No specific funding was received from any bodies in the public, commercial or not-for-profit sectors to carry out the work described in this manuscript.