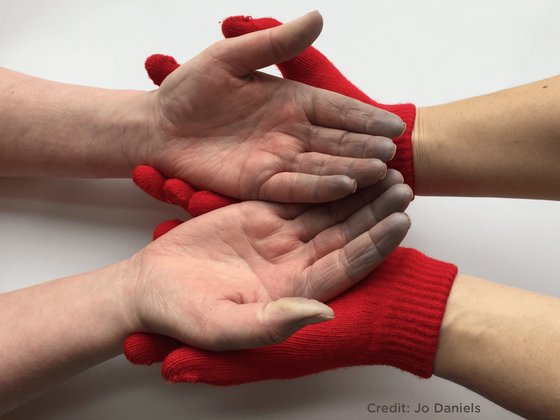 Is there a better way to differentiate Primary and Secondary Raynaud’s?

A study from Japan has devised a test which researchers claim could prove whether a patient has primary or secondary Raynaud's.

The study, 'A non-Invasive Technique for the Evaluation of Peripheral Circulatory Functions in Female Subjects with Raynaud's Phenomenon', devised a quick and non invasive approach to measuring circulation problems in women while claiming to distinguish between primary and secondary Raynaud's.

The study gathered Group A - ten women with primary Raynaud's and Group B - seven women who had Secondary Raynaud's (alongside a connective tissue condition). As the control group, 17 women were enrolled who had no signs or symptoms related to Raynaud's phenomenon.

Subjects in all three groups experienced a decrease of about 10 degrees Celsius in mean FST during the one-minute cold immersion test and no significant differences could be detected. The recovery patterns in groups A and B were similar during the five-minute recovery period, with finger temperatures gradually increasing. The recovery rate of FST was significantly lower in the primary Raynaud's group (71%) compared to the control group (85%).

According to the team, the method described represents a simple and quick setup with a series of measurements. With good sensitivity and specificity, this test was capable of distinguishing patients with either primary or secondary Raynaud's, and could monitor changes in peripheral circulatory function in patients.

Sourced from Stacy Grieve at www.raynaudsnews.com

Find out all the ways you can donate

Why does Raynaud’s Phenomenon affect more women? Estrogen could be the answer

It’s been well established that women are more likely to be affected by Raynaud’s phenomenon than men but why? Let's look into the reasons behind this.