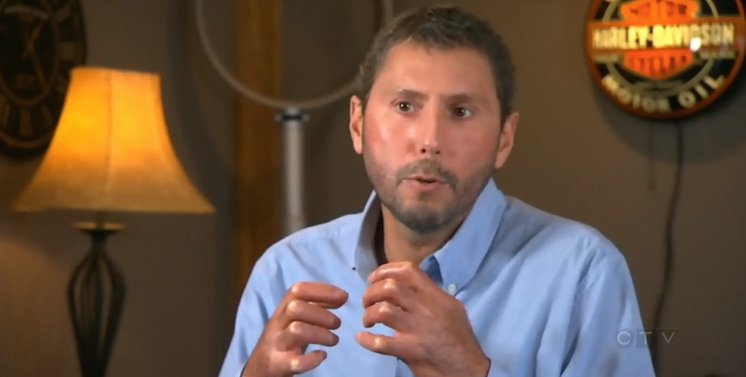 Dan Muscat, developed systemic scleroderma in 2014, in which the skin all over his body began to harden and tighten due to the overproduction of collagen. Hear his story about the stem cell therapy that he received.

"My hands just got into a curled position and they were just locked," he said. "It got into my face and my neck and I wasn't able to turn my neck or even my torso. Walking became almost impossible to walk more than 20 steps." This is a sensationalised news piece from CTV News. For more information on scleroderma please see links at end of page.

Dan developed systemic scleroderma in 2014. There were no treatments that worked to stop the disease. His doctor gave him just months to live. The disease, an autoimmune disorder of unknown cause, eventually attacks the lungs and other internal organs. Dan began to research stem-cell therapy being tested in Canada, Europe and the United States. Through the Canadian Stem Cell Foundation, Muscat found Dr. Harry Atkins, a stem-cell therapy specialist at the Ottawa Hospital who was willing to try the therapy on him.

"For the right patient, it really does have an important impact on their quality of life," said Dr. Atkins. "Once the immune system behaves properly and stops damaging the skin, the skin seems to heal itself."

Stem cell transplantation for scleroderma is quite novel in Canada. Other centres have done a lot of research on this, particularly in Europe.

Dan is the first patient in Canada to be treated using newer protocol tested in the U.S. and Europe.

The treatment began last June, when doctors harvested stem cells from Dan. Then powerful chemotherapy drugs were used to kill off his malfunctioning immune system that was causing the scleroderma. His purified stem cells were reintroduced to his body, with the goal of resetting his immune system and halting progression of the disease.

"From that day forward I have just felt I have improved on a day-to-day basis," said Dan.

Since June, he's noticed his range of motion has improved, the tightness has diminished. Slowly he's been able to regain use of his hands to the point that he is now able to fix and drive his beloved sports car again,

"My improvement has been just a 180-degree change"

James Price, president and CEO of the Canadian Stem Cell Foundation, says stem cells can offer hope to those with a range of conditions who currently have no other therapies available.

"I have a stack here of over a thousand emails that we have received in the past 12 months of people who really have no treatment options and the fact that we were able to put Dan in touch with clinicians that are doing experimental stem cell therapy is very exciting."

James Price says his organisation has a goal of making new stem cell based therapies available within 10 years.

According to the CSCF, there is evidence that stem cell transplants can induce sustained remissions in patients with other severe autoimmune diseases such as multiple sclerosis, lupus, rheumatoid arthritis and juvenile arthritis. Stem cells are also being explored as treatments for amyotrophic lateral sclerosis (ALS or Lou Gehrig's disease), septic shock, osteoarthritis, diabetes, macular degeneration and to prevent scarring after heart attacks.

With Dan's apparent remission, other stem cell centres in Canada may look at offering the therapy to scleroderma patients who meet medical criteria for the procedures, opening the door to others suffering with this condition. Reference: CTV News.

Below is Dan's story shared on CTV News - please note that some of the language is sensationalised in this video and if you have any concerns please contact our helpline team who will be able to support you.

Professor Alan Tyndall explains stem cell therapy for scleroderma in the below video, recorded at our 2016 Annual Conference: 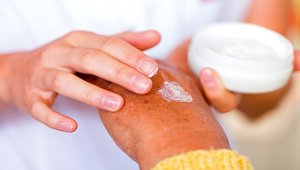 An introduction to this complex and often challenging condition 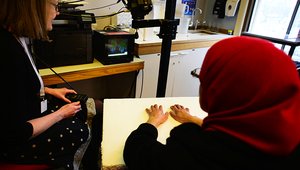 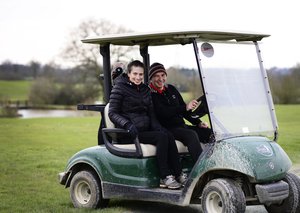 All the fun ways to get involved in fundraising for SRUK.