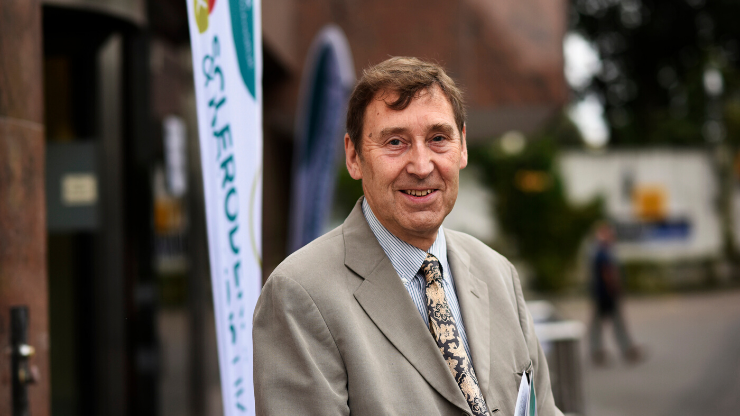 Professor Jeremy Pearson, our Chair of Trustees has been awarded an MBE in the New Year Honours List for services to medical research.

Professor Pearson started his distinguished career leading a research team at the Babraham Institute and then the Medical Research Council's Clinical Research Centre in Harrow. In 1991 he was the first person in the UK to be appointed Professor of Vascular Biology at King's College London and still holds an Emeritus Chair there. It was during this time that he first met Professor Dame Carol Black, who introduced him to Raynaud's and scleroderma and they collaborated on research to understand the role of endothelial cell dysfunction in these conditions.

In 2002 Professor Pearson became Associate Medical Director (Research) at the British Heart Foundation. He was elected as a Fellow of the Academy of Medical Sciences in 2004 and as an Honorary Fellow of the Royal College of Physicians in 2006.

Professor Pearson brought this wealth of experience to the organisation when he was elected to the Board of Trustees of the Raynaud's & Scleroderma Association in 2007, and became its Chair in the lead up to the successful merger of RSA and the Scleroderma Society to form SRUK in 2016.

Professor Pearson said: “ I am deeply grateful to SRUK and the other medical organisations that generously nominated me and very conscious that my career achievements would not have been possible without their support. To be rewarded in this way in addition to the great enjoyment I have had working with SRUK is an unexpected and much valued bonus."

Our CEO – Sue Farrington said of the news:

"Many Congratulations to Jeremy, as Chair of SRUK he has made a significant contribution to the work of the charity and the quality of research being undertaken in this field. It is his leadership, his passion for research and his drive for change and innovation, which has helped accelerate benefits to patients. Jeremy's collaborative approach, encouraging and supporting others to forge alliances and work together for the greater good, is what sets his leadership apart."

Well done Jeremy and thank you on behalf of everyone that you have helped through your years of service to SRUK and other charities.


Keep up-to-date with the latest news from SRUK by signing up for our free to receive regular monthly updates from us in your inbox.

There is evidence that this alternative treatment from ancient, Chinese medicine could help to alleviate the symptoms of both Raynaud’s and scleroderma. But how does acupuncture help?