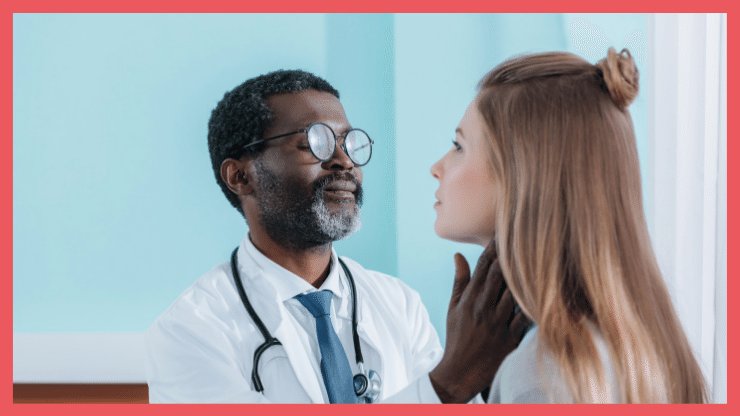 The role of the lymphatic system in autoimmune disease

The lymphatic system has not been well-researched in the context of autoimmune diseases, but it is well understood that the mechanics of it are necessary for clearing fluid and inflammatory cells from inflamed tissues, as well as having a recognised involvement in immune tolerance. Given the role that the lymphatic system plays with the immune system, it has been speculated that lymphatic dysfunction may encourage the development of rheumatic autoimmune diseases, such as scleroderma, lupus and rheumatoid arthritis.

The lymphatic system has not been well-researched in the context of autoimmune diseases, but it is well understood that the mechanics of it are necessary for clearing fluid and inflammatory cells from inflamed tissues, as well as having a recognised involvement in immune tolerance. Given the role that the lymphatic system plays with the immune system, it has been speculated that lymphatic dysfunction may encourage the development of rheumatic autoimmune diseases, such as scleroderma, lupus and rheumatoid arthritis.

The lymphatic system comprises of lymphatic capillaries that have merged together to form an extensive network of lymphatic vessels throughout most of the body. The purpose of this network is to transport protein-rich lymph (colourless fluid containing white blood cells) to and from a series of lymph nodes around the body, to maintain the health of tissues and keep them functioning correctly. Lymphatic vessels also function in the immune system, by enabling the transport of foreign substances, which induce an immune response from the body, to the lymph nodes, where immune cells are primed and transported to the site of inflammation or infection.


It has been demonstrated that congenital or acquired dysfunction of the lymphatic system can result in skin thickening, fibrosis, poor immune function and impaired wound healing. It is highly plausible that there may be other damaging health effects, as these observations indicate the variety of roles that the lymphatic system may have, apart from fluid transportation. Increasing understanding of the lymphatic system and how it is interlinked with autoimmune diseases may improve the likelihood of being more knowledgeable about disease mechanisms, as well as new approaches to treatment. Leading from this, a team from HSS Research Institute in New York reviewed current literature focussing on the role of lymphatics in rheumatoid autoimmune diseases.

Scleroderma is one of the conditions that they researched. This is an autoimmune connective tissue disease, characterised by abnormalities in blood vessels (vascular system) and immune function. This ultimately manifests as fibrosis in various parts of the body. The set of causes behind this condition are poorly understood, but defects in vascular function and cell function are thought to be central driving factors. The team observed that there has been emphasised focus on a group of cells called 'blood endothelial cells' (BECs) when investigating vascular dysfunction, whereas a group of cells called 'lymphatic endothelial cells' (LECs) have garnered significantly less interest. This is somewhat surprising, considering results from a study in 1999 by Leu at al displayed that skin samples taken from individuals with scleroderma had signs of lymphatic dysfunction. Furthermore, lymphatic changes have been observed in other conditions that cause fibrosis. This suggests that there may be a possible of lymphatic dysfunction being a therapeutic target in scleroderma.

As our understanding of lymphatic system involvement increases, it is also important to test approaches that may improve lymphatic function as part of treatment. Manual therapies have been relied upon for many centuries and are currently the most 'trusted' way of improving lymphatic flow in diseases. These therapies come in several forms. One method is manual lymphatic drainage (MLD) which is a light pressure massage technique that is used on a specific part of the body. For example, hand oedema (swelling caused by a build-up of fluid) has been observed in people living with scleroderma, and MLD was shown to reduce swelling and improve hand function. Similarly, a dry brushing massage technique from Ayurvedic medicine used in India 5,000 years ago is meant to lessen lymphatic congestion, by reducing fluid build up and inflammation.

The sports industry has a growing interest in reducing oedema to promote post-training recovery; some companies are investigating the use of peristaltic dynamic compression (PDCC) devices to mirror the methods used in manual therapies. It is, as of yet, unclear whether any positive effects seen are due to these devices. The amount of people visiting acupuncturists has also grown over the years. Traditionally used in Chinese medicine, it involves the insertion of sterile metal needles in the skin and the needle being spun between the acupuncturist's fingers. It is done on the premise that this process disturbs local tissues and transmits a biochemical signal to surrounding cells and structures. This has the effect of stimulating lymphatic vessels, mobilising fluid and inflammatory cells from the area. Whether acupuncture alone is as good as other therapies is unknown; a recent trial examining the ability of acupuncture to reduce oedema compared to standard therapies such as lymphatic massage drainage and compression sleeves did not show additional benefits. It should therefore be of interest for further studies into whether acupuncture, MLD or the dry brushing technique can aid in the treatment of AI diseases.

Manual therapies represent an avenue of potentially well-tolerated, low-cost methods that may act to improve the well-being of people living with rheumatic auto-immune diseases. SRUK's stance on alternative therapies such as these is that even if a clinical trial 'disproves' the benefits of this approach, it does not necessarily mean that it is ineffective. Many people, for whom prescribed medicine has failed, find comfort in these alternative therapies and find that their symptoms are alleviated. After all, if the mind is happy, often the body will reap the benefits too.

We recognise that pain can be of the most challenging symptoms of scleroderma, and we have heard from our community that for many of them, therapeutic massages are a trusted method of lessening pain. This is because therapeutic massage manipulates the muscles and soft tissues of the body and helps ease deep muscle pain. It can also help to relieve pain of tender points, muscle spasms and tense muscles. Myofascial release therapy has also been reported to be useful; this works on a broad range of muscles, by gently stretching, softening, lengthening and realigning connective tissue to ease discomfort. If you are interested in these sort of treatments, speak to your GP to see if they can suggest any therapists, or alternatively visit Complementary Therapies on the NHS for further information on this.


If you are interested in helping SRUK to fund more work like this, then please visit our donations page here. We rely on the generosity of our community to continue to support groundbreaking research in both scleroderma and Raynaud's.

Information on another new piece of research on Raynaud's can be found here: EZH2: What role does the molecule play in progression of scleroderma

Advice from Public Health England on COVID-19 to help you understand the implications if you have scleroderma and Raynaud's.