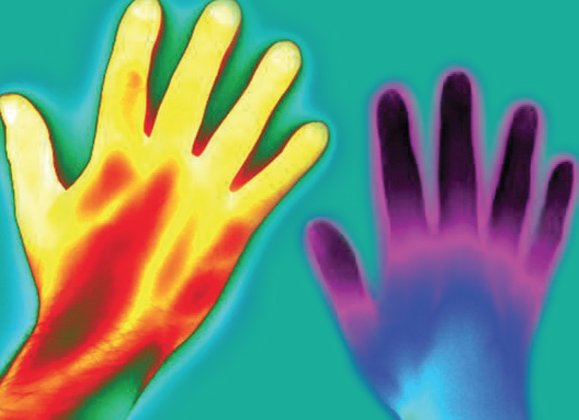 Raynaud's Awareness Month 2018, we called on everyone to #KnowRaynauds in order to create greater awareness and understanding of the condition.

For our 2018 we wanted to reach even more people and all our efforts have been rewarded, we have made a much greater impact this year so far

During February, nearly 6,000 people have taken our online Raynaud's test, with 92% likely to have Raynaud's.

We have had over 7,000 likes, tweets, sharing of stories and re-tweets from the community over our social channels, Facebook and Twitter.

Our press and PR coverage reached over 96 Million people through various broadcast channels, including radio, press and magazines.

For a detailed list of our coverage to date, have a look below.

Pre-records went out to:

We've also had coverage in -

Read about our impact during Raynaud's Awareness Month 2017 where we helped over 4,500 people.

If you often have cold hands or feet, could you be living with this Raynaud's? Take the Raynaud's test

How We're Raising Awareness of Scleroderma and Raynaud's