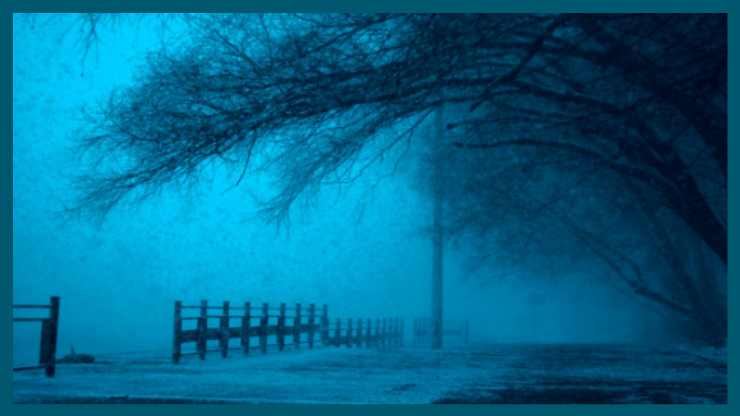 Rare Together: My fear of cold

This is the third piece in our #RareTogether series of articles by our community. Sara Szigeti tells her story of the first Raynaud's attack she experienced and the challenge of accepting being diagnosed with a lifelong condition. If you'd like to contribute your own stories, you can share them with us here.

It all started on an ordinary day in October of 2015. I caught a light fever, but I was not concerned because I would usually get sick only once in a year around late autumn/winter with nothing more serious than a light fever. I just thought I would feel under the weather for a few days. Which was true, only this time, I had a new symptom. My fingers went numb and they turned white when I went outside or when I was feeling cold.

As I expected after a few days the flu disappeared – but the numbness and the skin colour change stayed, for life – which I did not know back then. So, I visited my local General Practitioner, and the long months of examination after examination began. To be honest after the first day of experiencing the numbness, I Googled what it could be, so when I saw my GP, I already had a suspicion. I still had to go and see a dermatologist, a neurologist, an ENT specialist, a dentist, a gynaecologist, a pulmonologist, a cardiologist, and an ophthalmologist. I spent a long time sitting in waiting rooms, and traveling to my appointments – all the while, I was in pain. Finally, in June 2016, I was referred to a specialist who confirmed what I had suspected all along. I had Raynaud´s syndrome.

Going through all the doctors, I was diagnosed with primary Raynaud´s. The specialist still wanted to run tests to see if I could have secondary Raynaud´s, but in August 2016, I had to move to Denmark, as I got accepted to college there. My doctor strongly disapproved of me moving, because of the cold weather there – and we still were not finished with all the tests. So, I moved and with autumn and winter quickly approaching, I was in constant pain. Of course, by then, I learned to carry gloves with me, but I still got surprised by attacks many times. I was pretty much wearing gloves from September until May.

In December of 2016 I visited my GP in Denmark to see if he had any suggestions, but he also offered the use of gloves and keeping warm. In March the same year, I moved to a different town, where I also went to see my new GP. Finally, he prescribed some medication, but it only helped for a few weeks, though my symptoms got better with summer around the corner. A year later, in the winter of 2017 I also developed Raynaud´s in my feet. I noticed it in late November, that my feet were numb, while walking home after school.

As a child winter was my favourite season and playing outside in the snow was my favourite activity. Now, though I still find winter and snow beautiful, I cannot wait for it to be over. Now, sometimes, it hurts to open up my laptop because the top is made of steel and it gets cold, for the same reason sometimes I cannot touch my phone while traveling. I have to wait until it warms up. When I simply want to wash my hands, I have to wait and let the water run until it warms up. In restaurants, I cannot order any drinks with ice in it.

I take the trains to go to work and I like to sit by the window, but sometimes I have to change seats because the cold wind comes right at me through the invisible gaps at the edges of the window.

I carry at least two pairs of gloves and two heating pads with me all the time. I keep gloves in all my bags and coats. Even in the summer when I travel to the seaside in the warmest weather, I still have to pack a light coat, gloves, and heating pads.

It is better in the summer, but it does not go away. I have to put on gloves during grocery shopping when I buy something frozen or when I simply want to eat ice cream. I have not had ice cream in a cone for years.

Having Raynaud´s has definitely made my life more difficult. Though I have to take it into consideration with everything I do and everywhere I go, I have learned to live with it and I try to prevent the attacks whenever I can.

I used to love being outside and hiking in the forests, even in winter. I loved going skating with my family to the local lake in my home town, I loved building snowmen and having snowball fights. My favourite thing was to go and walk around Christmas markets in December. Raynaud's has taken all that away from me.

The most difficult thing was accepting the fact that this disease will not go away and I have to live with it for the rest of my life.

If you want to help support people like Sara, you can donate online today, or if you'd like to submit your own story for us to publish here or in our members magazine, send us your submissions here.

If you often have cold hands or feet, could you be living with this Raynaud's? Take the Raynaud's test

Keeping warm in winter, for many, is often not as easy as turning up the heater. Here are some helpful tips that will prevent illness worsening in the colder months ...