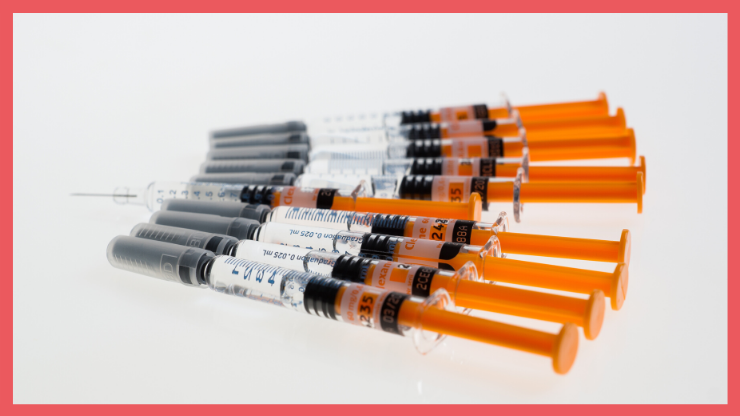 Research into Raynaud's syndrome has often been conducted in relation to systemic sclerosis, however it is critical to remember that it is its own condition that has the potential to be extremely detrimental to a person's quality of life. It is crucial that research is conducted into areas such as treatment, diagnoses and causes. Below we discuss some of the recently published research.

Those experiencing Raynaud's have traditionally been advised to manage their symptoms by minimizing exposure to cold, reducing stress and smoking cessations. These are all suggestions that are far easier said than done, meaning that in most instances, drugs such as calcium channel blockers are administered, with well-known medications being nifedipine (Adalat has been discontinued, but other brands such as Nifedipress MR are still available) and iloprost. However, these options are not always effective and successful in limiting the symptoms and decreasing impact on daily life.

There has been growing interest in the potential of botox surgery when applied to Raynaud's phenomenon. An increasing number of hospitals are offering this form of treatment, however the science behind how this is beneficial remains unclear. We reported on some of the recent findings of research into the use of Botox for Raynaud's here.

Since the early 2000s, there has been considerable investment of effort into evaluating the use of Botulinum toxin type A (BoNT/A), one of the main ingredients of botox. Neurologists based at the Tongji University of Medicine in China proposed that BoNT/A, which is a protein, causes vasodilation by blocking a pathway within the nerves that is mediated by noradrenaline.

This hormone plays a critical role in the fight-or-flight response, as it increases heart rate and blood pressure, and directs blood flow towards skeletal muscles and away from the gastro-intestinal system. Receptors for noradrenaline are found on the arteries associated with the autonomic nervous system.

The team of neurologists tested the constriction of arteries in rats injected with BoNT/A and measured the secretion of noradrenaline. It was observed that with increasing doses of BoNT/A, there was increased inhibition of arteriole constriction through the sympathetic pathway; this is because the release of noradrenaline is blocked and so it cannot bind to its receptors, therefore the rest of the pathway leading to vasoconstriction and thus poor blood flow in the extremities is not triggered. These results contribute to the current knowledge of how the use of Botox may benefit individuals living with Raynaud's however will have to be repeated in humans to confirm this.

Herbal medicines are another form of treatment that have also been garnering significant interest in the medical world. For an in-depth review of the different herbal treatments that are often used to treat Raynaud's, see here. This group of remedies are those consisting of active ingredients made from plant parts, such as leaves, roots or flowers. These have been prevalent for many centuries in countries such as China and India, but there is limited evidence as to how exactly these benefit people living with a variety of conditions. Herbal medicines thought to be effective for Raynaud's including Cinnamomi cortex (cinnamon) and Zingiberis rhizoma (dried ginger).

This is suggestive of herbal medicine being a relatively safe and effective treatment for symptoms of Raynaud's, but it is important to note that there is potentially high bias of all the existing studies, so caution should be exercised regarding the reliability of the review's conclusion. More clinical evidence needs to be gathered in order to consider all the outcomes of introducing herbal medicines as a key treatment method on a wider scale in the UK, and investigations into this subject are being planned on a larger scale.

Increased interest has also been taken in the potential of Patient-Reported Outcome (PRO) measures, especially in building upon the understanding of treatment efficacy in clinical trials. This is generally in the form of structured diaries as a way of recording their own observations; common PRO measures are the Raynaud's Condition Score (RCS) diary, which allows patients to note the frequency of their Raynaud's attacks, and the Visual Analogue Scale (VAS) in the Scleroderma Health Assessment Questionnaire (SHAQ), which exists to capture visual data such as colour changes.

There is heavy reliance on data gathered from measures such as this because Raynaud's is often described as episodic with subjective symptoms. Even though the main purpose of these measures was to provide data for clinical trials, recent investigations have been limited in their ability to analyse the efficacy of different treatments because the data had not been captured.

This suggests that PRO measures are not being used regularly, which may be due to reasons such as limited perceived benefit, challenges in interpretation and/or respondent burden. An international group of experts in scleroderma were asked to complete a survey to understand current attitudes towards the RCS diary and to understand if there is a need for novel PRO instruments. It was apparent that almost all of the respondents enquired about the severity of RP symptoms at most clinic assessments, however only 58% used it in a research setting and only 11% in clinical practice.

The results implied that there is support within the community for the development of new PRO instruments for Raynaud's but there is limited use currently; there should be further research into this area to see how best PROs could be implemented into regular clinical use as this could strengthen the real-life evidence currently available which is incredibly valuable.

In accordance with PRO measures, a study was also performed to review current techniques' ability to make a correct diagnosis of primary and secondary Raynaud's (PRP and SRP) and assess treatment for Raynaud's over a period of time. Nailfold videocapillaroscopy was found to be effective in distinguishing between PRP, SRP and healthy subjects, by detecting morphological abnormalities in the nailfold capillary bed. Laser Doppler Flowmetry (LDF) assesses blood flow at a single location, allowing observation of how well oxygenated blood is being delivery from arteries to the capillary bed in the tissues.

Laser Doppler Imaging (LDI) can be used to evaluate blood flow in multiple areas and can also aid the differentiation of PRP and SRP, which will be beneficial for looking for warning signs of scleroderma. Thermal imaging is an indirect method of detecting Raynaud's, making use of a thermal camera to display the skin temperature; this too has been successful in displaying Raynaud's and may have some capability in distinguishing between PRP and SRP.

It is critical that studies such as these continue as Raynaud's needs to be taken seriously in all its presentations. This is emphasised by the fact that on occasion, it may be a precursor, or as was stated in one study 'a precocious cloaked clinical sign' of other connective tissue diseases, especially SSc. Early detection, quality of life, causes and precision medicine are the four areas where SRUK is committing to funding research, all of which are directly relevant to Raynaud's. We are keen to keep our community informed of new research into Raynaud's over the coming year.

If you are interested in helping SRUK to fund work that will help to improve the quality of life of our community, then please donate today. We rely on the generosity of the community to continue to support groundbreaking research in both scleroderma and Raynaud's.

Keep up-to-date with the latest news from SRUK by signing up for our free to receive regular monthly updates from us in your inbox.