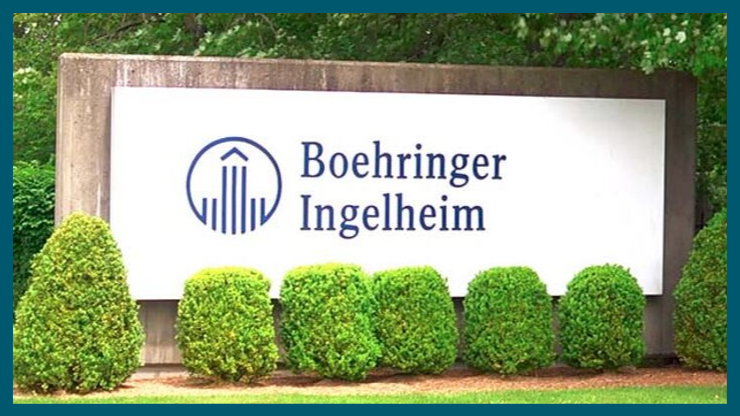 In an exciting step for scleroderma treatment, the USA's Food and Drug Administration (FDA) have approved the use of nintedanib in treating interstitial lung disease associated with systemic sclerosis, making this the first therapy for those living with this condition caused by lung fibrosis. The approval has been granted to Boehringer Ingelheim Pharmaceuticals Inc.

Lung fibrosis is thought to affect over 50% of patients living with systemic sclerosis (SSc), with its degree varying from person to person. Lung fibrosis has many different manifestations, the most common of which is interstitial lung disease; when this occurs in association with SSc, this is referred to as SSc-ILD. This is often reflective of a poor prognosis, accounting for 35% of all SSc-related deaths.

In SSc-ILD, the walls of the small air sacs in the lungs (the alveoli) experience inflammation and fibrosis, due to excessive deposition of scar tissue. This is because of an increase in collagen production, a normal component of tissues, which occurs in scleroderma. The alveoli are crucial due to their role in transferring oxygen from the air to the blood and in removing carbon dioxide from the blood. The combined effect of the fibrosis and inflammation is that some of the elasticity of the alveoli is lost, making them less capable in performing their gas transfer function.

Symptoms include breathlessness and a dry cough; in the majority of cases, symptoms will only appear when the individual over-exerts themselves, such as when exercising or walking up long hills without breaks. In most instances therefore, the fibrosis will remain stable and will not necessitate specific treatment. Continued fibrotic development will demand treatment to prevent worsening of lung function.

In a press release posted in early September, FDA announced that they had approved the use of Ofev capsules to slow the rate of decline of lung function in people living with SSc-ILD. Ofev is also referred to as nintedanib and is already being used to treat another fibrotic lung condition called idiopathic pulmonary fibrosis.

A statement was also made by Nikolay Nikolov (MD) associate director for Rheumatology of the Division of Pulmonary, Allergy and Rheumatology Products in the FDA's Centre for Drug Evaluation and Research is as follows: “Patients suffering from scleroderma need effective therapies, and the FDA supports the efforts of drug companies that are designing and conducting the clinical trials necessary to bring treatment options to scleroderma patients … Nintedanib is now a treatment option to slow the rate of decline in pulmonary function in patients who have ILD from scleroderma".

SRUK are pleased to see this progress, as FDA's approval improves the likelihood of the European Medicines Agency doing the same. This organisation functions to regulate the drugs that can be prescribed in Europe, including the UK. This is not necessarily the case however, and it may be that the EMA will require further trials to provide more evidence in favour of using Ofev capsules to treat SSc-ILD. SRUK will ensure to update the community on any developments regarding this treatment.