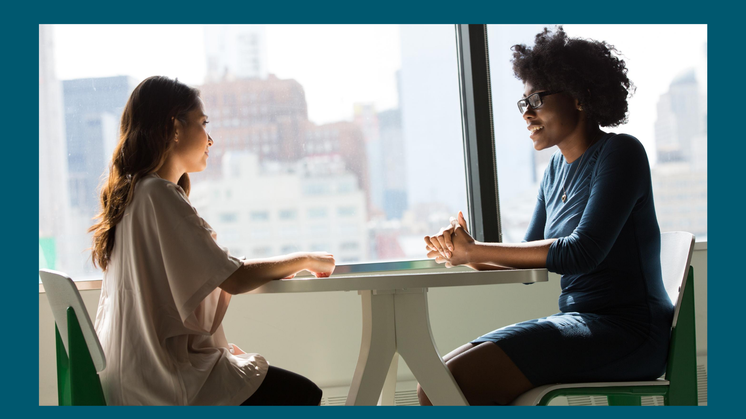 SRUK have committed to making investments in early detection by defining it as one of the four main pillars of our current research strategy to facilitate progress that will support our community. We recognise that early detection is vital to ensuring that people who are affected by scleroderma and/or Raynaud's experience better outcomes from their treatment and live longer and better-quality lives.

The European Union classes a disease as 'rare', when fewer than 5 out of 10,000 people are affected by it1; whilst each of the estimated 5000 - 8000 rare diseases which are thought to affect the global population are uncommon in terms of their individual prevalence, given that an estimated 30 million Europeans are affected by rare diseases, it is an undeniable public health issue, state the authors of 'Raising rare disease awareness using red flags, role play simulation and patient educators: results of a novel educational workshop on Raynaud phenomenon and systemic sclerosis'. A previous survey conducted in 17 European countries, including the UK, found that 25% of individuals diagnosed with a rare disease experienced a delay of between 5 – 30 years, and almost half of this cohort were misdiagnosed and received the wrong treatment2. This mirrors the estimate that on average, a person living with scleroderma has to wait 5 years before receiving the correct diagnosis and accessing appropriate medication. Given that the first 3 years of scleroderma are thought to be the most severe, more action is needed to reduce this diagnostic delay.

The research team behind the above paper proposed that lack of awareness of rare diseases is one of the main reasons for the delay in correct diagnosis, and there is thus a need to effectively incorporate training of such conditions during education. A workshop was designed and then tested on fourth-year medical students at the Lille University, involving role-play simulation and focusing on 'red flags' which are indicative of a rare disease. In this study, the two consultations started with the same symptom of Raynaud's but led to a diagnosis of either idiopathic Raynaud's (occurring on its own) or systemic sclerosis (SSc). The training was particularly important in enabling medical students to recognize the differences between SSc and idiopathic Raynaud's. To assess if the workshop improved learning and recognition of the red flags, the final exam given to this cohort of students included a clinical case on Raynaud's and SSc, and the mean mark was higher (14 out of 20) than students who took the same exam in an earlier year (9.6 out of 20), demonstrating that there is considerable potential of taking such an approach. Over 90% of the medical students who participated reported that they were 'extremely satisfied' and that the training was 'completely understandable'. All students also felt 'a little' (24%) or 'much more comfortable' about managing cases of idiopathic Raynaud's, and 'a little' (65%) or 'much more comfortable' about diagnosing people with SSc. This indicates that employing this strategy may be a step in the right direction for allowing progress in the area of early detection.

The results are very promising, as medical students gain more practical skills and are given the opportunity to meet individuals who are living with Raynaud's and/or scleroderma, increasing the likelihood that they will remember the type of symptoms presented. However, it is necessary to examine if and how this approach will lead to better outcomes in the long-term, and if workshops of this nature are possible to conduct in larger groups of students. SRUK look forward to finding out more about this study and future developments and will endeavour to keep our community updated.