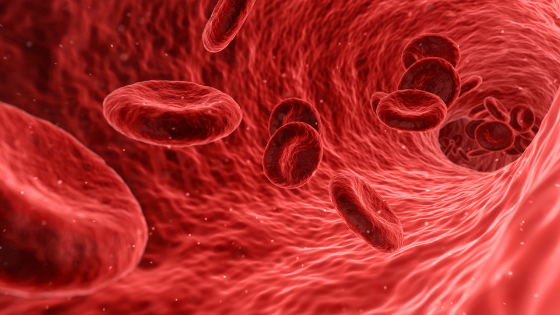 Do certain genes lead to vascular involvement in scleroderma?

Professor Chris Denton and his team have set out to uncover why some individuals with systemic sclerosis suffer from digital ulcers whereas others suffer from vascular complications. By assessing the gene variants involved, they have identified a group of genes that may be linked to cardiovascular disease.

Scleroderma is a complex, multisystem, connective tissue disease, that has a range of physical characteristics. Its key features are skin fibrosis, organ involvement and immune system dysfunction. There are varying phenotypes of the disease, whereby some individuals suffer from painful and life-altering digital ulcers and others suffer from severe vascular complications, such as pulmonary hypertension and renal crisis. It is these complications that are generally the causative factors of fatality in SSc, and so there has been significant interest in why some SSc patients have these vascular complications whilst others manifest a milder form of disease.

It has been reported that variants within the genes of SSc patients can contribute to disease development. A variant is the change of a single DNA building block in a genetic blueprint which could lead to mutations in the gene. Although a number of risk genes have been identified, the crucial genetic component of SSc that leads to vascular complications has not been fully elucidated.

SRUK have funded a study led by Professor Chris Denton and his team at UCL, which aims to investigate the underlying biological factors which cause some SSc patients to have fatal vascular complications, using data gathered from those suffering renal involvement and those suffering from lung complications. Common mutations between the two groups of patients can then be assessed as potential novel targets for therapy, following further observations to reveal pathways that may lead to organ involvement. The primary objectives were to use genome-wide association studies (GWAS) in pulmonary hypertension patients and in renal crisis patients, analyse common mutations, and perform functional studies to understand the role of these mutations in the condition. Over 7,000 patients with scleroderma have been selected.

So far, the team have identified a cluster of cardiovascular-related genes that were strongly linked to a major subset of patients. They are making use of published research to build upon their initial data by studying two biological pathways that take place in our cells, which are theorised to play a role in scleroderma-related pulmonary and vascular diseases. There have also been discoveries regarding the activity of cells which line the blood vessels how this contributes to the pathogenesis. In scleroderma, these cells are abnormal as they fail to form intact barriers. This has been suggested to contribute to pulmonary hypertension in scleroderma.

Through the adoption of novel approaches to study pulmonary and vascular complications, Professor Denton and his team have been able to pinpoint new biomarkers as treatment targets. Their work has led to several discoveries relevant to pulmonary manifestations in scleroderma however further investigation is still needed to identify more information on genetic variants and how these can be manipulated for therapy.

If you would like more information regarding how to manage symptoms linked to scleroderma, please visit: Scleroderma and your Body.

Information on another piece of new research can be found here: Examining blood flow scleroderma and Raynaud's.